For many people in France, there is often quite a bit of confusion when they see this (as well as any other type of quick breads) labeled as bread. In french, quick breads are labeled as “cake”. Yes, they stole the word cake from us, but used it for something that isn’t really cake. No, they don’t call cake “cake”, why would they do that? That’s called “gâteau”. Makes perfect sense right?

To be frank, this actually happens quite often and as time goes on, is happening more and more. There is an English comedian in France named Paul Taylor, who has an entire show, pointing out all the crazy things that Anglos think the French do, including les bises (kisses on the cheeks), the complexities of quitting your job in France, etc etc. But one of my favorite snippets of his show are about the Anglicisms in French which you can watch here.

Anyways, whether we call it cake or bread, it is pretty darn tasty. I would have to say that one of the few things that I do miss about the States, is the ability to get poppy seed anything almost everywhere you go. It used to be my go-to snack. Like those Almond Poppy Seed muffins from Costco? *groan* Yes, I know that the amount of sugar in Costco muffins is crazy but, oh boy, aren’t they good?

This is so easy, it can be thrown together in about 15 minutes. Depending on the almond extract that you can get, you may have to adjust the quantity in the recipe. I noticed that the amount I needed varied with the brand that I used, but as many of you are not in France, you’ll just have to play it by ear, or tongue I suppose 😉 . 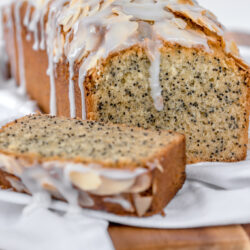 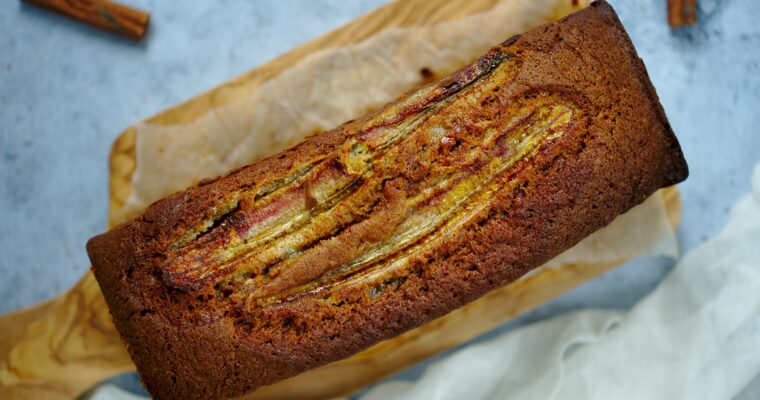 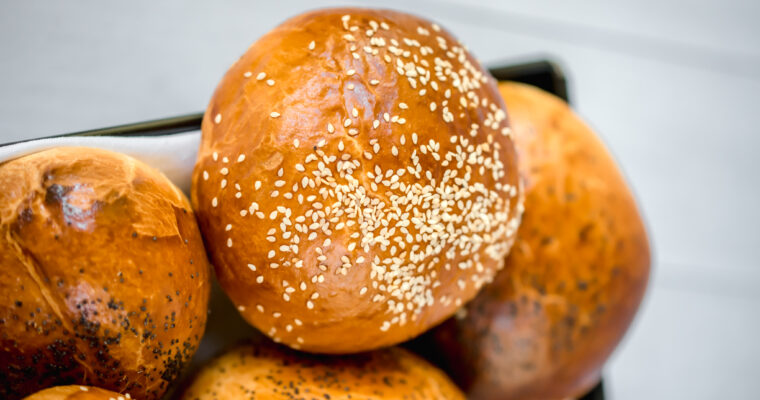